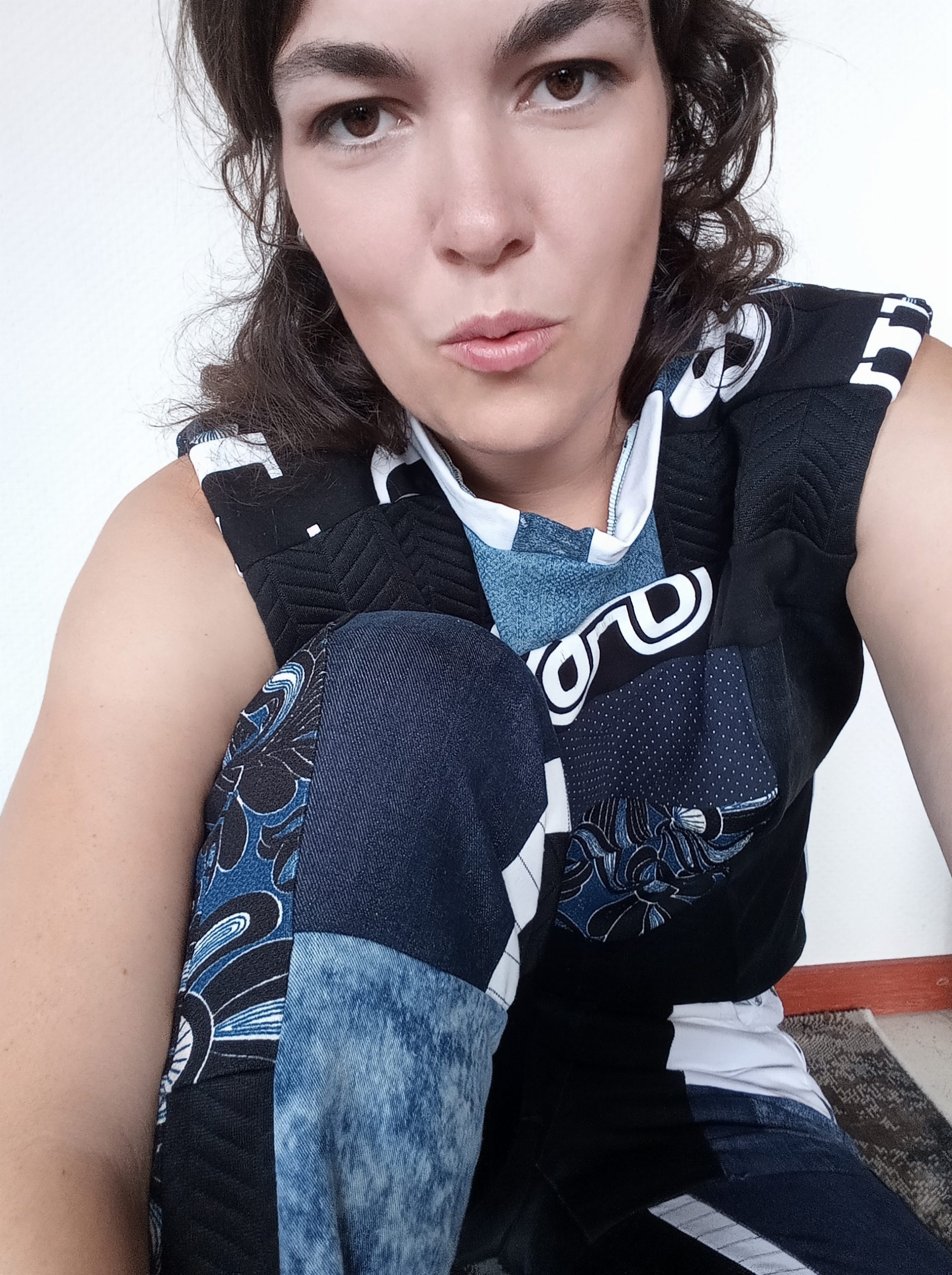 This time I am going to scoop you up with a video! I am working on a small baby collection of which the details will follow soon(ish). But after weeks of heavy brain work the following deserves a minute on my blog. Hold on, here it is, I came up with a name…

Yes I know. It isn’t much but it sure is important. After trying to figure out a name that is unisex, happy and baby, (more on that later) I need it to look nice too! In the video you get to see some of the stages of the design process I went through.

In this video you only see the last bits of the brain work so I need to shed a bit of light for you on what set me off in this direction in the first place.

So, I take my inspiration mainly from where “human-made” is being taken back by nature again. I can get enthusiastic by a garage door left unpainted for too long… Even better if there is a plant slowly but surely climbing up the walls. Or just a bit of dust and dirt! I dont know why I keep falling for these bits that some people might find unappealing. Maybe I am turned-off by the typical over-designed streets in the Netherlands? Or would it be possible that I am just more comfortable with something that isn’t too pretentious?

These kind of pictures I have used a lot in my artworks, layer on layer or with the old typical photoshop effect. Especially the walls that were painted a long time ago work well when you cut them out with photoshop, as there is enough colour-difference in them to make it interesting. I am the first to admit, just the photoshop effects are not often nice.

When I began with brainstorming on the look of this new word; Dubaly, I did not have much luck with the different fonts you can find online. They just didnt do the job. At the same time I came across a picture of a bird on a telephone wire. The bird could be representing nature, and the hangling wire, peoples work. Therefore I tried to make this “bird on a wire” into a letter, with not much succes at first. But after some time with a sheet of paper and later the computer I got it working. Hope you can spot the bird!

This bird turned out to be the main ingredient of my letters, as I thought it was a strong element that can evolve into new looks in the future. And even though you might not recognise the bird anymore in the final letters, it was an important part of the design process.

At the same time I was working on a logo. I wanted the logo to mix the female and male sign, together, but not in a straightforward way. That would have been too close to a hermaphrodite or transgender sign. I want it to be unrecognisable.

So, I thought I had it! But I placed the two together and they just didn’t look right. I needed to take a few steps back. And then it occurred to me, (or maybe I got a hint from somebody…) to do the “bird-triangle” in the logo too. And that is it, as you can see it worked quite well!

In the end I am happy with the result. I feel I can look at this outcome for some time withouth getting bored and, like I said, it has many possiblilities on how it might evolve in the future. Let me know what you think! Either here on the website or via my Facebook, https://www.facebook.com/marjoleinvandedonk.

2 thoughts on “A name is born”